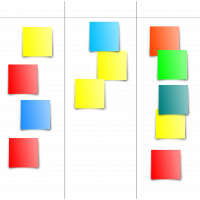 Demand Management: Bringing sanity to demands both corporate and personal

-
Our June meeting will be a joint session with PittAgile.

"Too much work and not enough people.” We hear this all the time. And not only in a corporate setting, but in our own lives. So how did we get here? How can we manage the demands in our companies and in our lives? Join us as we define Demand Management and the principles we need to follow to gain sanity and deliver what we promise with both quality and integrity.